A Weekend in Williamsburg: The Governor's Palace

Finally!  I've got time to share more pictures from our Colonial Williamsburg adventures.  Today, I'm focusing on the Governor's Palace.  This was where the royal governor lived, the guy appointed by the British king to rule the richest and most populated American colony, Virginia.  The original building burned down, was rebuilt, and burned down again -- in fact, this restoration has stood longer than both of the original buildings combined.  It's based on detailed floor plans drawn up by Thomas Jefferson, plans that included exact dimensions, where furniture was placed, and so on.  Very thoughtful of him to make those, huh?

Anyway, I feel like this place is as close to the homes of rich people in English novels as I'm likely to get, at least for a long, long time.  It makes me imagine a little of what Pemberley might have been like inside.

As you can see, they were decorating inside and out for Christmas while we were there.  These are the front gates: 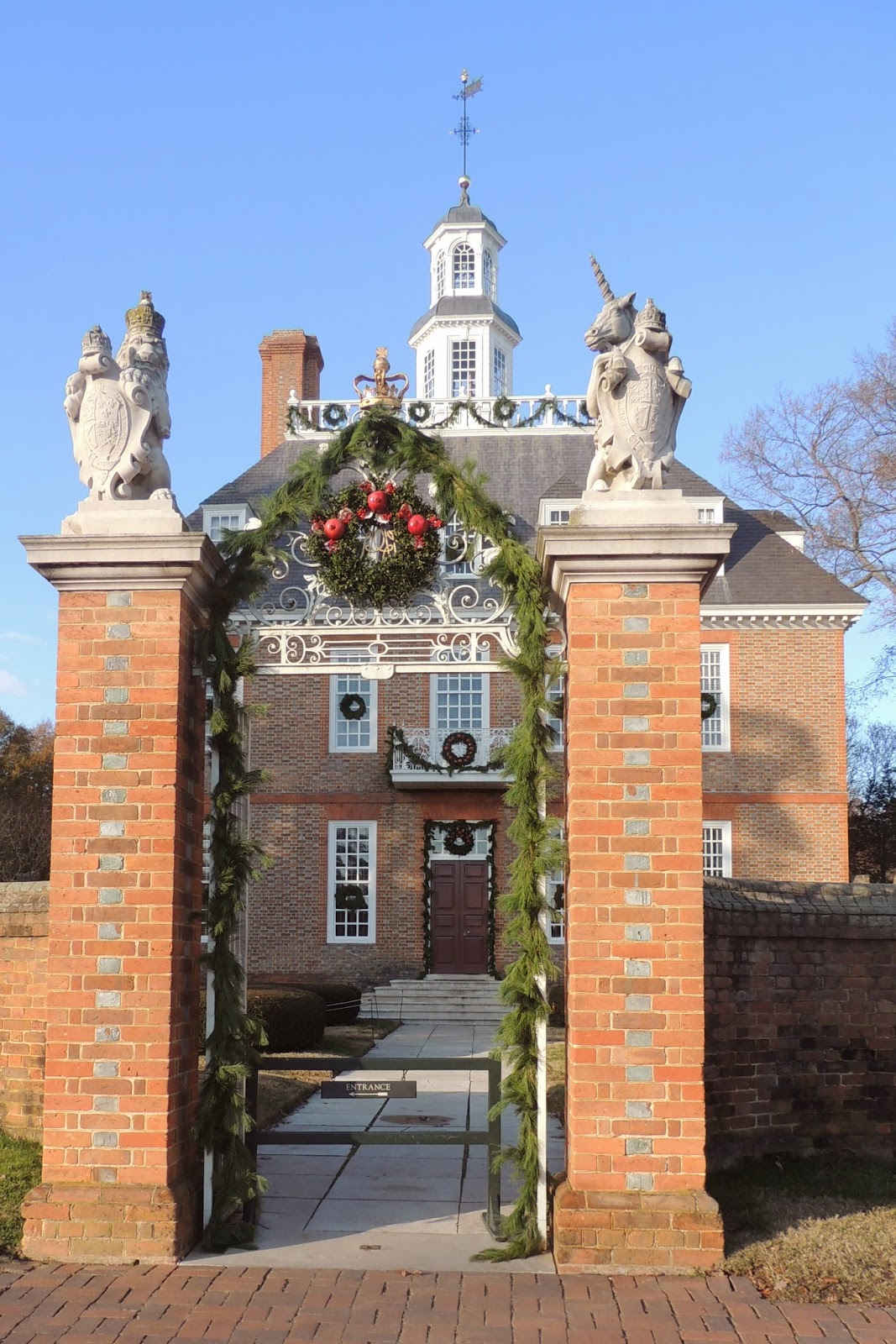 Because it was Christmas time, they gave us a slightly different tour than usual.  We only got to see one bedroom instead of several, though it was very nice.  It belonged to the governor's daughters an the 1760s.  I managed to snap a shot of their bed: 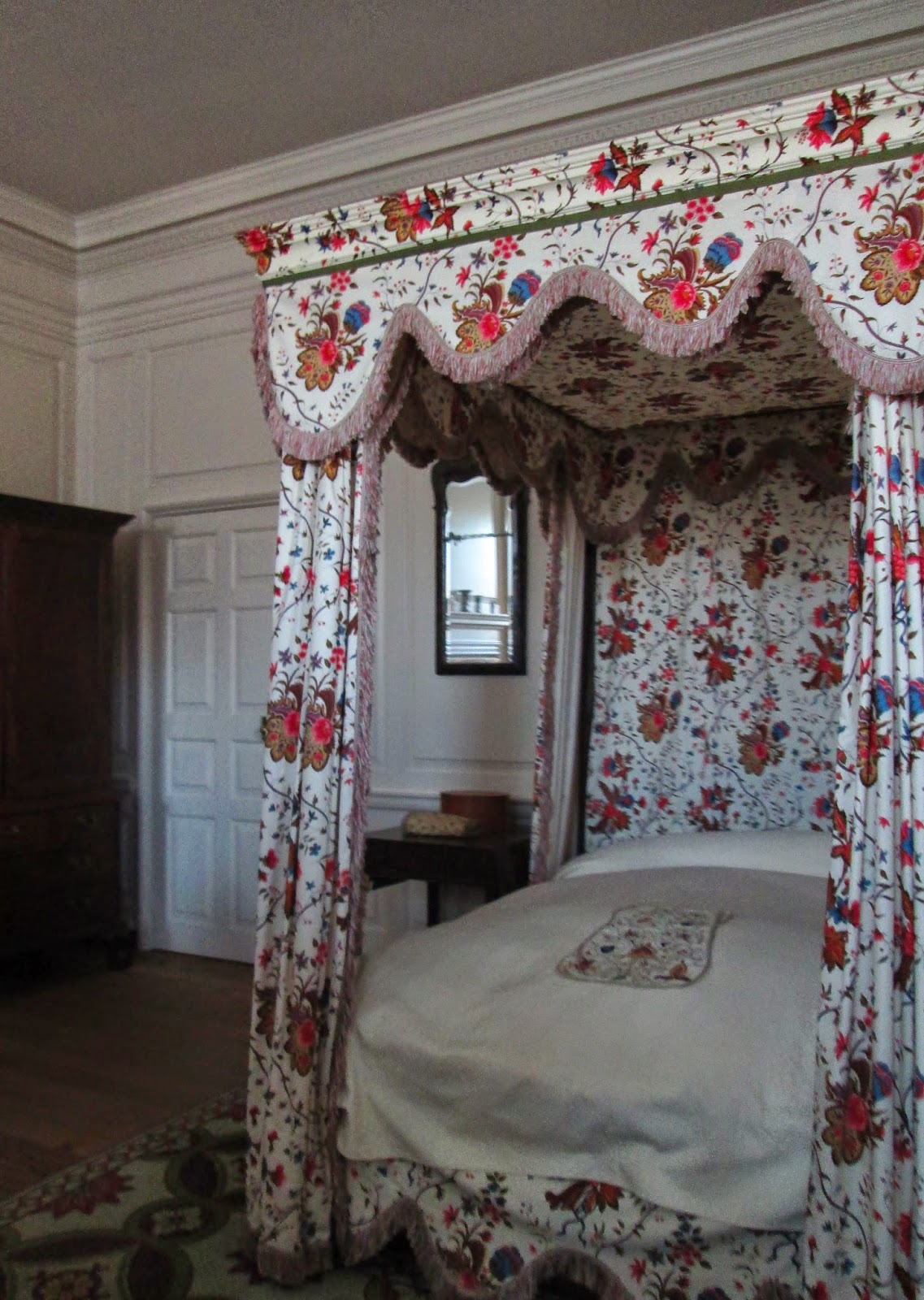 Then we went on through to a room used by the governor's wife to receive guests.  The walls were covered in a deep red fabric, though it looks pink here: 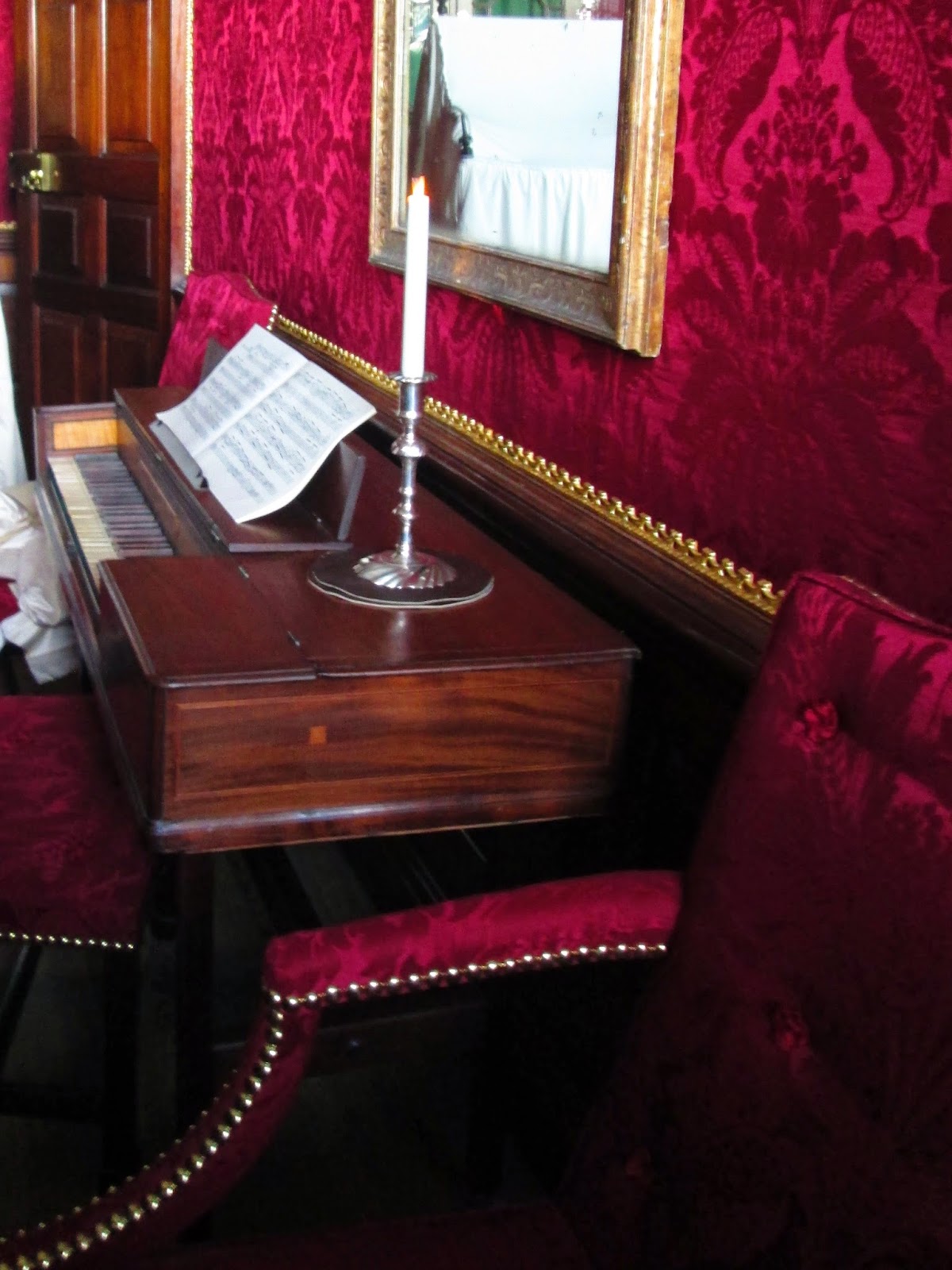 And during the era they were portraying, the family had a fairly new baby, which the governor's wife would put in this display crib to show off to visitors: 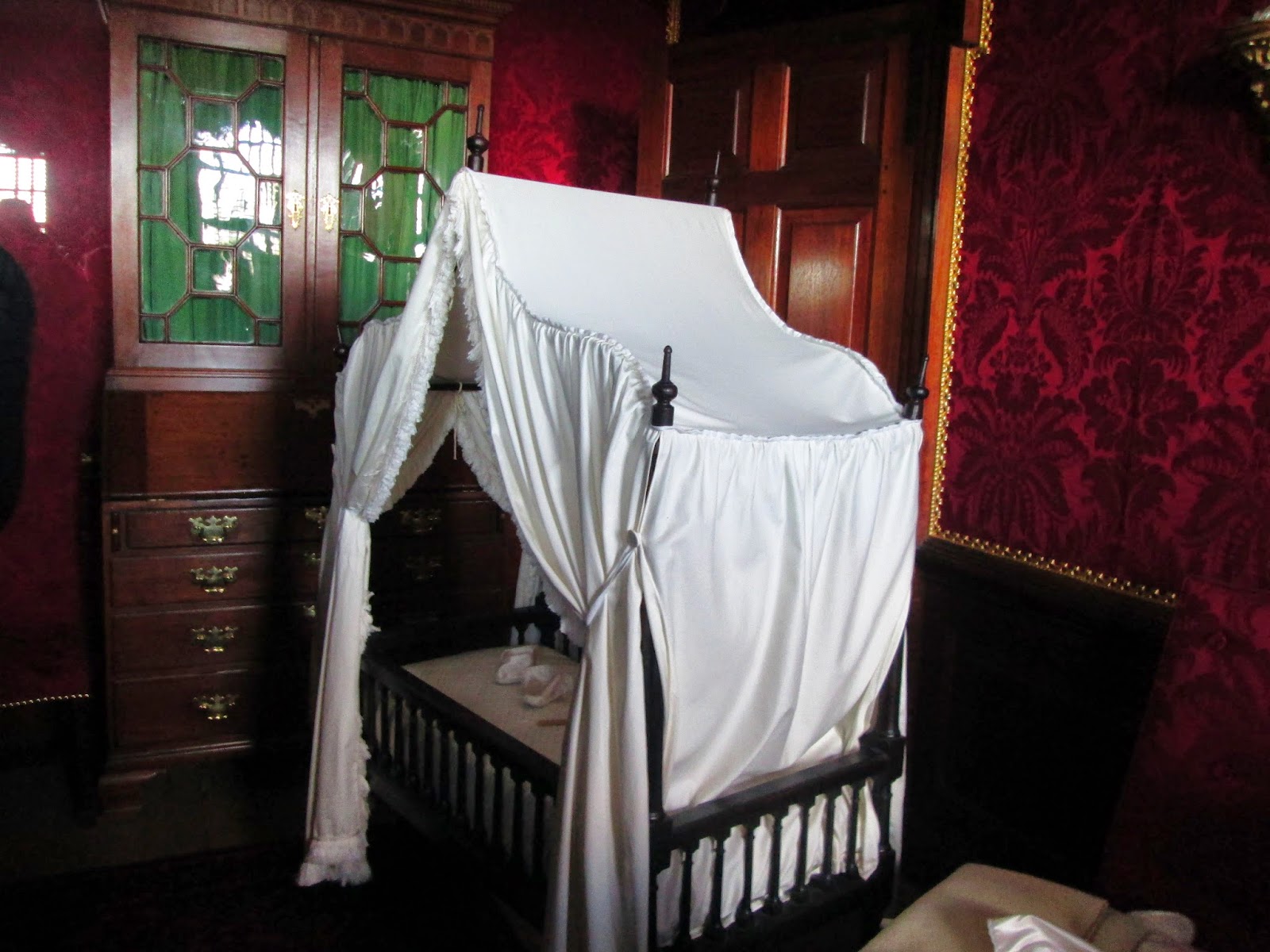 That was all we saw of the family's private quarters because they wanted us to see what a someone would have seen if they were invited to Christmas festivities there.  So we spent lots of time in the ball room:


Then we progressed to the Supper Room, which was adjacent to the ball room.  This is where they would have served various refreshments to their party guests throughout the evening and into the night.

From the supper room, we exited out into the gardens.  They had formal gardens directly behind the house, surrounded by a brick wall with several gates. 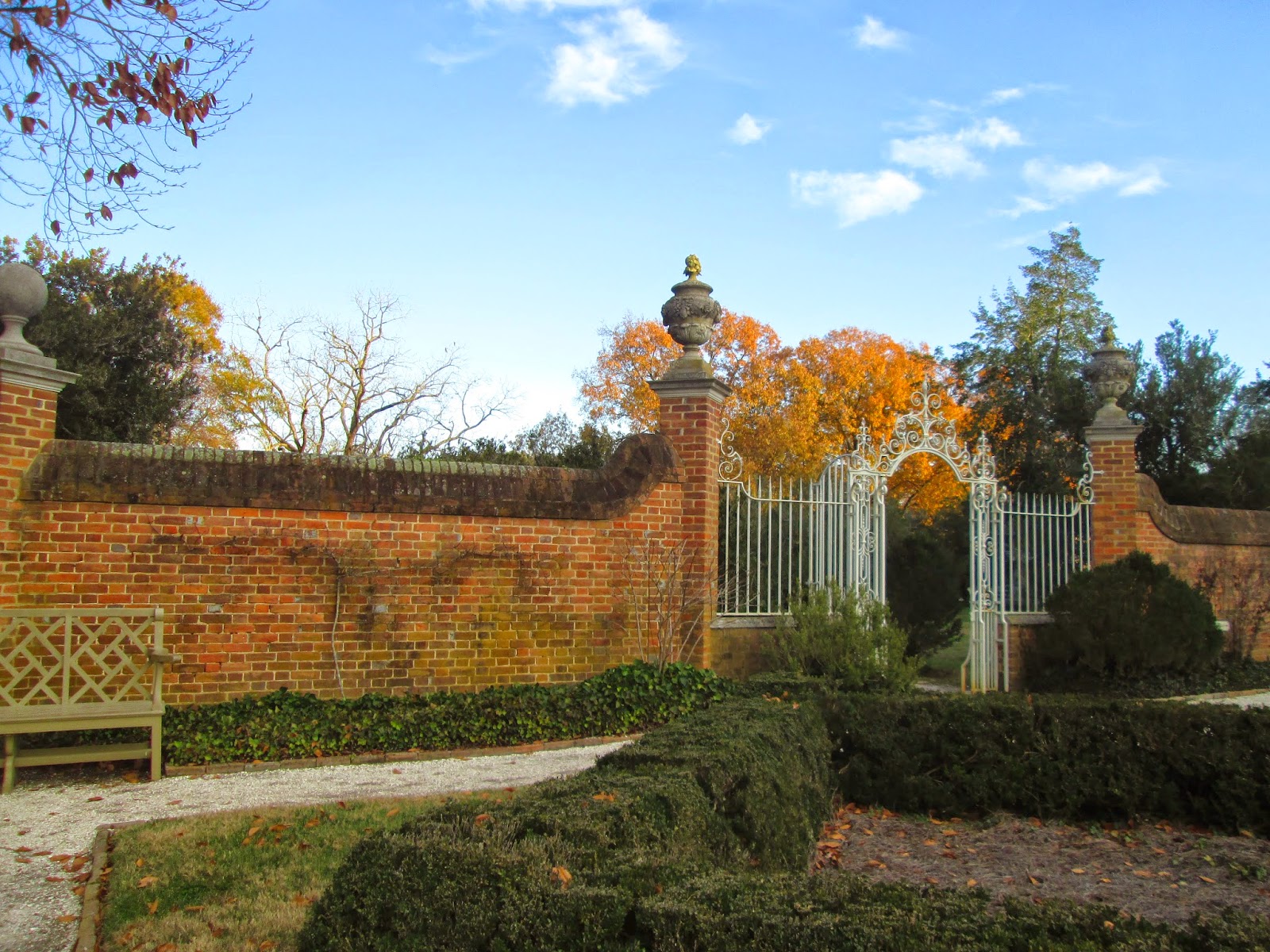 I grabbed a few more shots of the grounds as I walked back around the palace to the front entrance again.


And I grabbed a couple shots of the "servants" while were inside, just for fun :-) 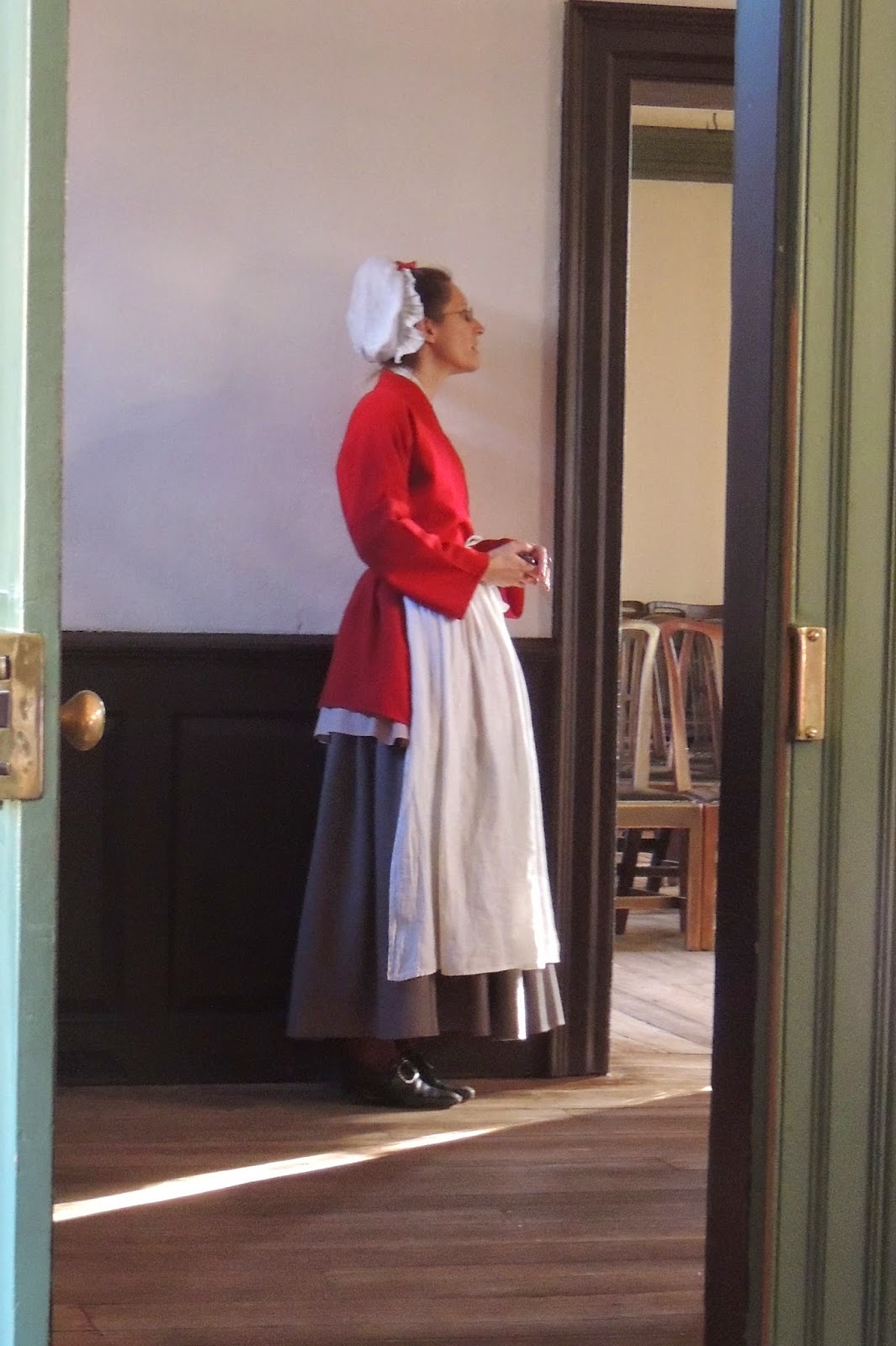 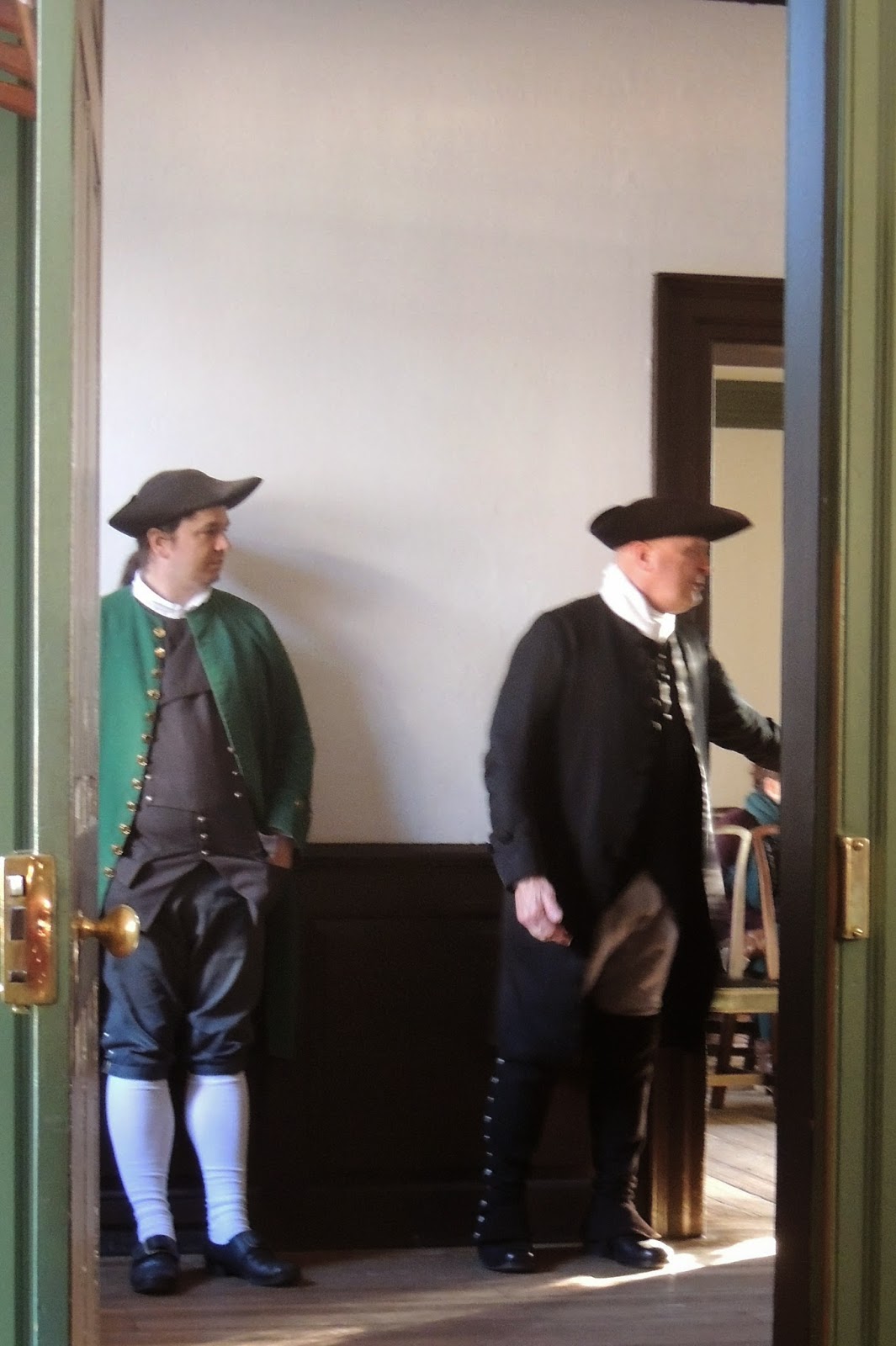 That's all for today, folks!  Hope you enjoyed your tiny tour :-)
Posted by Hamlette (Rachel) at 5:53 PM