Rather like the 1995 adaptation, I have mixed feelings about this movie.  Some aspects I liked a great deal, and other things bugged me a lot.  Now, unlike the 1995 version, they do use some voiceover narration, and there was never any doubt about what had happened before the story starts here.  I was never confused about what was going on, who was who, etc.  The writing was clean and orderly, for the most part.  The ending did feel a bit rushed, with Mrs. Smith zipping in from nowhere to denounce the young Mr. Elliot.  And what was with all the running?  Did we really have to have a wild goose chase all over Bath just to prolong suspense for another 3 minutes?  That was rather silly.  And who takes 45 seconds to decide if they're going to kiss or not?  And I really could have done without that trippy-troppy, clippy-cloppy, glippy-gloppy piano that intruded on every emotional moment, not to mention the eerie violin sounds that sometimes hovered around Anne like she was about to be abducted by a creepy stalker or something.  And, while I'm listing things I disliked, I could have done without all that shaky-cam stuff too. 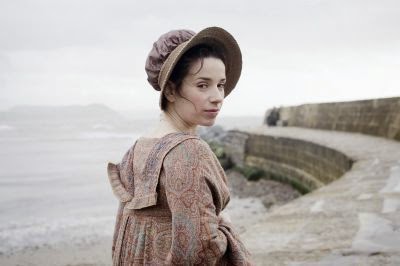 Now on to what I liked.  I very much enjoyed Sally Hawkins as Anne Elliot.  Really, I can't imagine any way she could have been better.  She was sweet, thoughtful, intelligent, and brightened from careworn to pretty in a very subtle and believable fashion over the course of the movie. 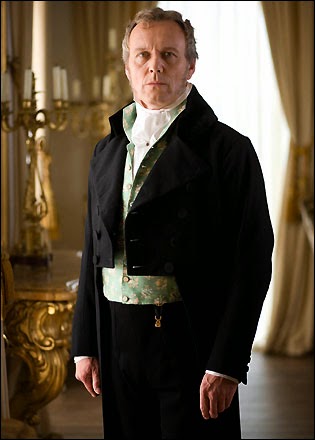 And it was such a delight to see Anthony Head as Mr. Elliot -- I had to fight down giggles to hear any dialog whenever he was around.  I kept wanting to say, "Oh, Giles, come off it already.  Stop being such a git."  Because gittish he was, to the extreme -- just what Mr. Elliot ought to be. 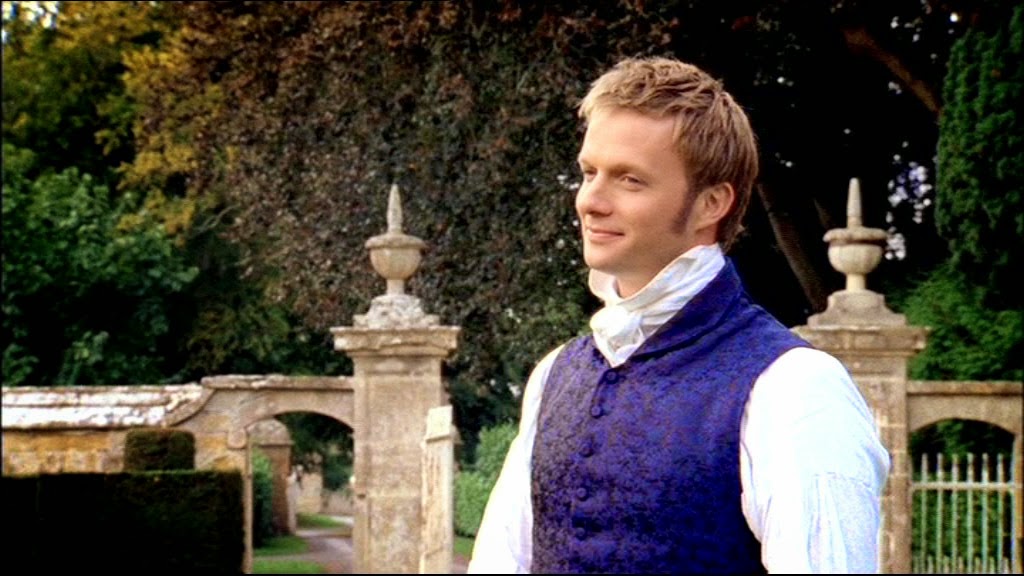 But Rupert Penry-Jones didn't convince me.  I somehow could never imagine him captaining a ship, and he seemed to lack the anger and bitterness I expect from Captain Wentworth.  He was more like a half-grown puppy who was sad because you wouldn't let him climb on the furniture.  And he seemed too young, I'm afraid.  Especially in all the scenes in Bath -- he looked younger than Anne.  And, well, Wentworth is my favorite Austen hero.  I'm picky.  He did wear those tall boots very nicely, though.  I would not be at all adverse to seeing him in another role.

I should mention two actors who made a couple of side characters very enjoyable.  Amanda Hale was an absolutely hilarious Mary Musgrove -- I was more amused than appalled by her, which is a switch.  Joseph Mawle was a splendid and memorable Captain Harville.  I wanted more scenes with him.  I could definitely imagine him commanding a fine ship.

And I didn't even recognize him, but I see from IMDB that Nicholas Farrell played Mr. Musgrove!  Must have been the whiskers that fooled me.  He's one of my favorite Horatios ever!  From the 1996 Hamlet, of course.

So.  If I could ditch Penry-Jones and pop Ciaran Hinds in instead, fire the composer, and rewrite the ending so it's more like the book, I would have my perfect movie version of Persuasion.  Instead, I have to say that this one is nice, but I'll stick with the book, thanks.  I wouldn't mind seeing it again sometime if a friend wanted to watch it or something, but I doubt I'll seek it out again on my own.
Posted by Hamlette (Rachel) at 9:59 AM