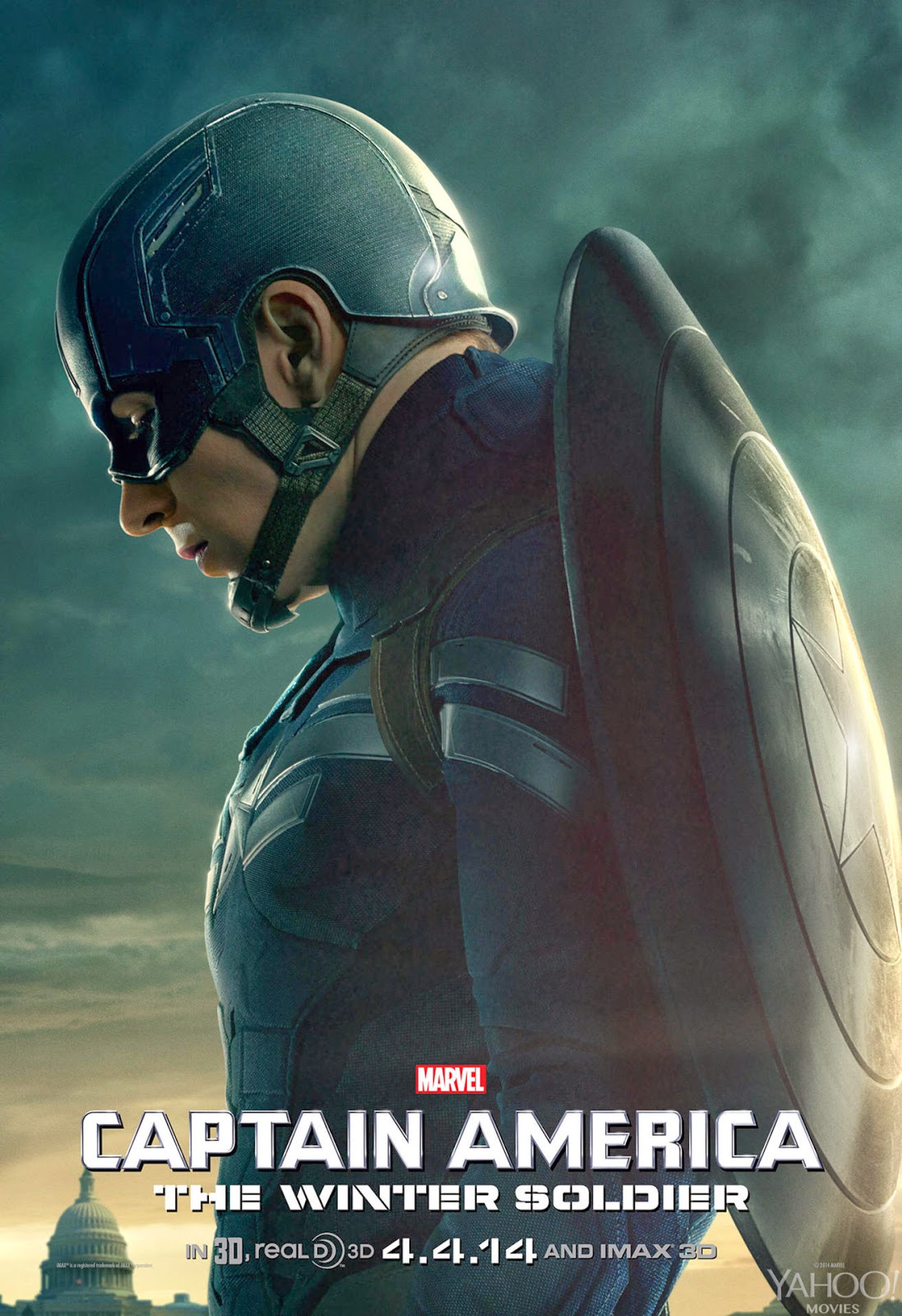 So... when I go to see a movie that is subtitled "The Winter Soldier," I kind of expect that said soldier will be an integral part of the plot.  And, I'm afraid, I was left feeling like if they had pulled Bucky Barnes (Sebastian Stan) out of the movie and thus trimmed 45 minutes and several action scenes, this movie could have been awesome.

Alternatively, if they wanted to focus on Steve Rogers (Chris Evans) coming to grips with confronting the last vestiges of his past, and trimmed out all the conspiracy stuff, this movie could have been extraordinary.

But nope, they tried to do both, and wound up with an okay movie.  I'd say I liked it as well as Captain America:  The First Avenger and Iron Man 2.  Too unfocused for me to love, but containing enough character goodness to make me want to see it again.  I'll probably wait for DVD for that, though.  Unless a friend wants to see it with me or something.

And I did really like so much of what went on with the characters!  I just wish the movie as a whole had worked better.  For instance -- all that shaky-cam nonsense.  Don't people remember The Bourne Identity (2002) and how the camera waltzed slowly and serenely around Jason Bourne as he decimated his foes with lightning-fast hand-to-hand stuff?  This movie could have used a similar approach.  I know the shaky-cam is supposed to make us feel like we're in the middle of the action, but I'd like to see all those fastidiously choreographed fights, not just get a glimpse here and there.  Sigh.

But about those characters...

(SPOILAGE from here on out.) 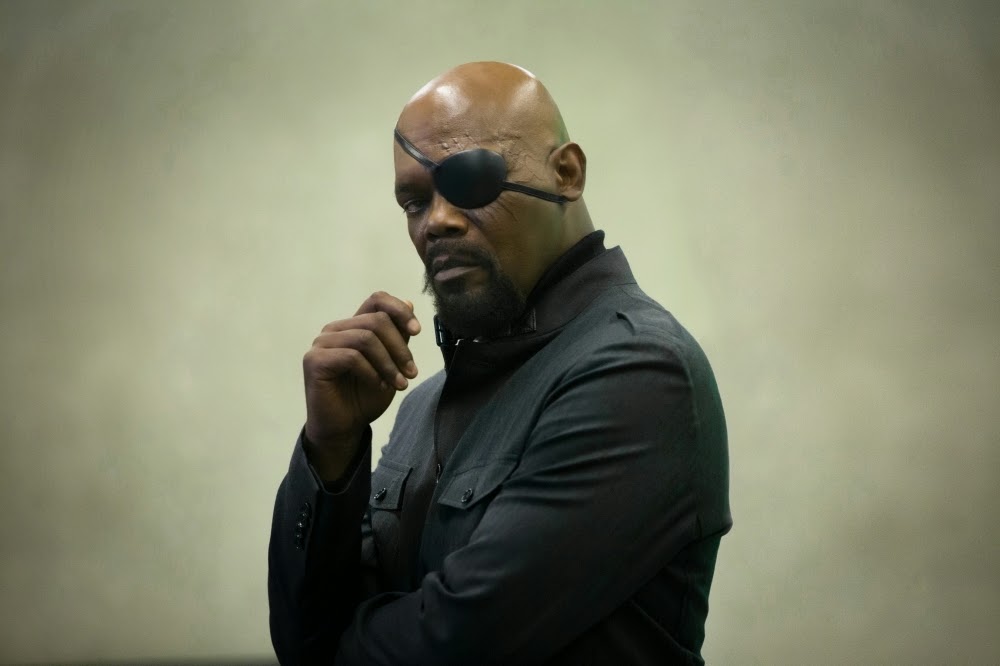 First, Nick Fury.  Wow, so much Nick Fury in this!  It was cool to see him take a more active role, even have some action scenes.  I thought for a little while that it was going to turn out someone had been messing with his brain and using him as a puppet without his knowledge, but that's not where they chose to go.  Oh well. 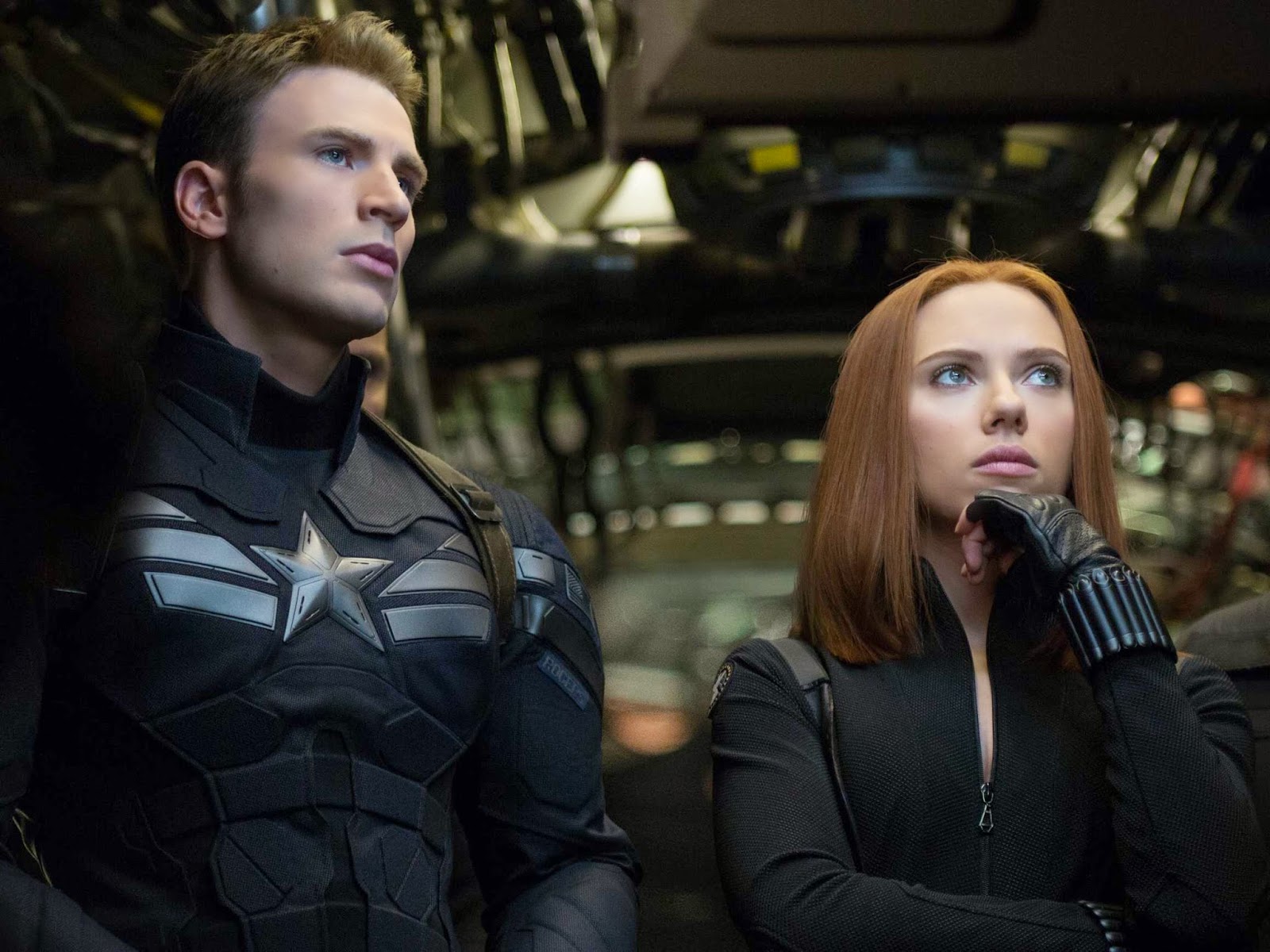 Then we have Agent Romanoff.  She goes through quite the metamorphosis here, doesn't she?  Being willing to let her entire history be public knowledge as part of taking down the bad guys -- I kind of thought she'd balk at that.  Good for her.  And I was amused by all her attempts to hook Cap up with various women.  The Black Widow as a matchmaker is incongruous enough to make me chuckle.  (And I'm seriously considering dying my hair the same color as hers.) 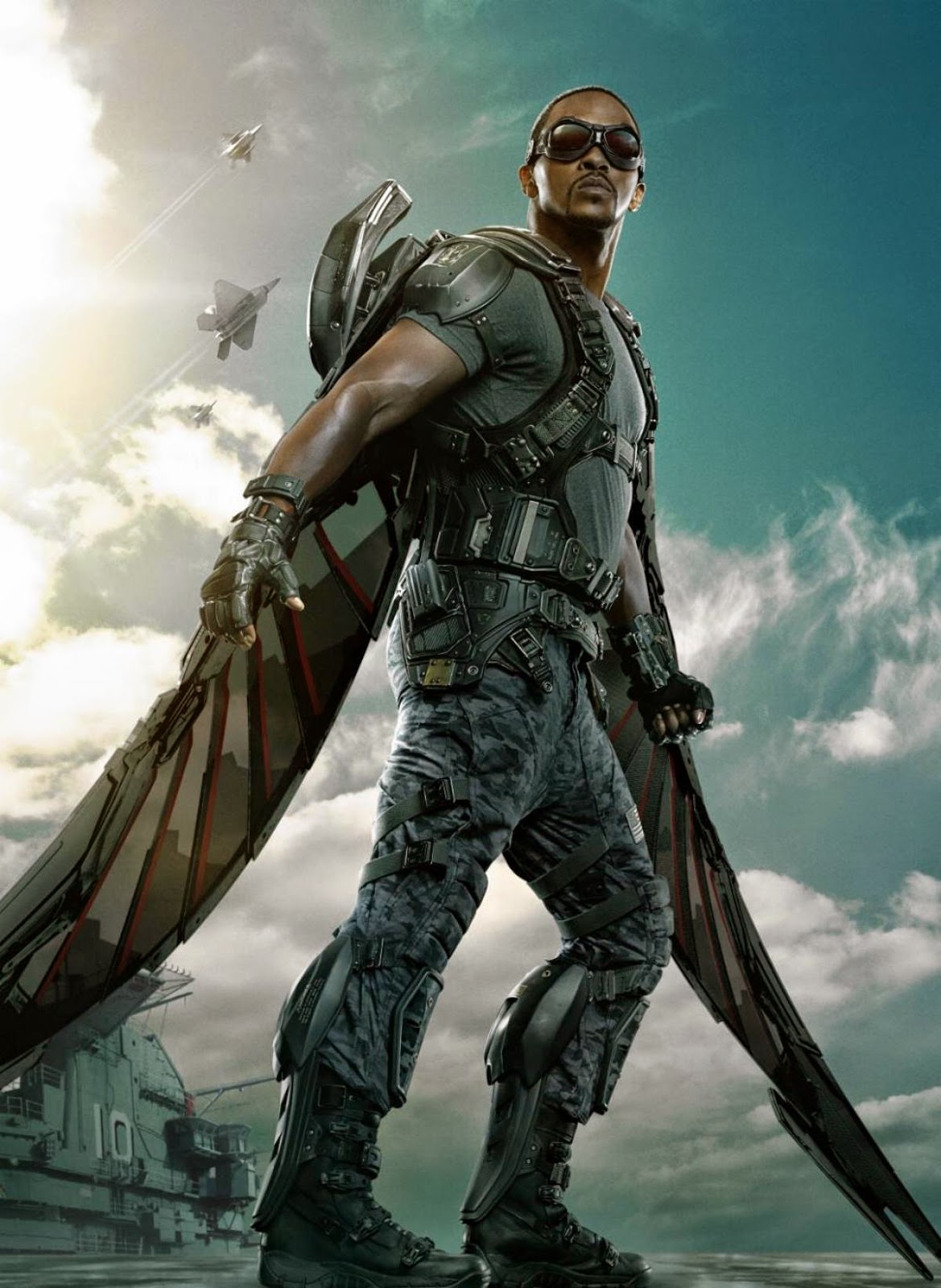 I quite liked Sam Wilson/Falcon (Anthony Mackie).  He was snarky and solid, and I really hope they make another movie about him and Cap, because the two of them together was great fun.  And I'd love a pair of those wings. 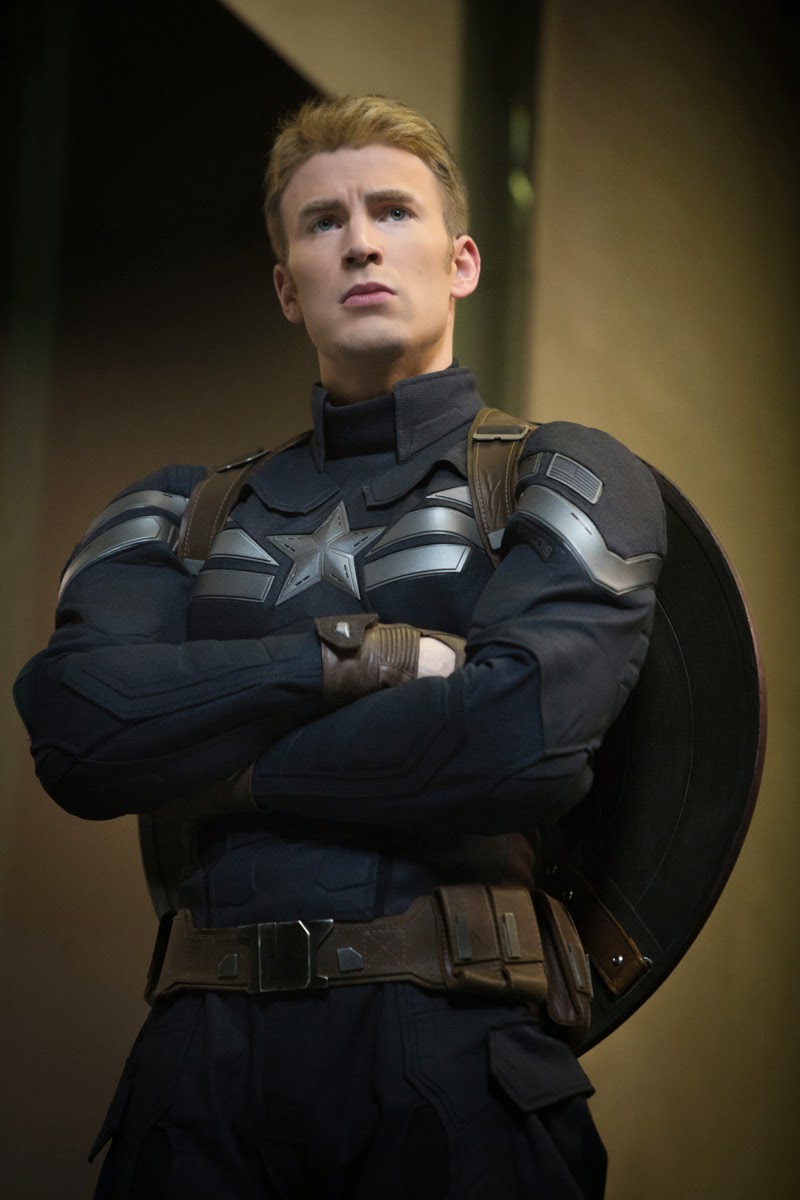 But of course, I need to talk about Cap himself.  I love that he's grappling with modern life, starting to accept the world around him a little.  And I love how loyal this guy is.  I could have handled a little more character growth -- he's still pretty much the same Cap by the end that he was at the beginning, determined to save Bucky whether he wants to be saved or not, dedicated to always doing the right thing... not that any of that is bad.  In fact, it's a lot of why I love him, but... it does feel a little static. 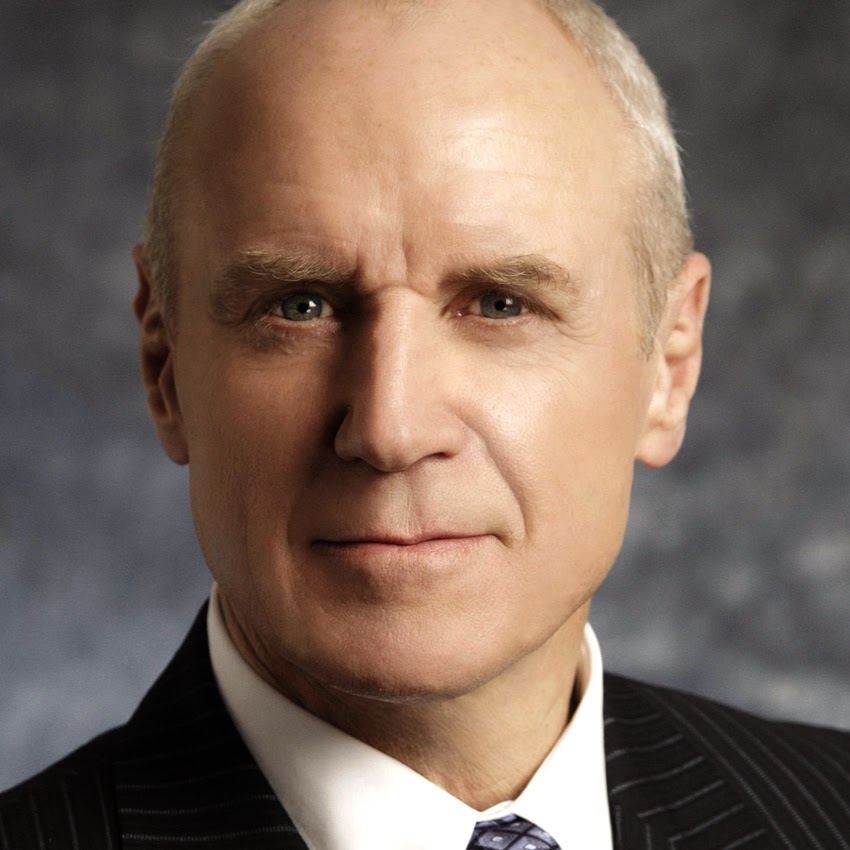 I think the biggest happy surprise for me in the whole movie was having Alan Dale pop up as a member of the World Security Council.  Weirdly, imdb.com lists him as uncredited, and yet, his name was in the credits.  Huh. Anyway, he was Charles Widmore on Lost and then on NCIS as Director and then the head of Homeland Security, both of which would make for really fun cross-over stories, hee.

I was rather disappointed that there was absolutely zero mention of Agent Barton.  I mean, he's listed as being in Avengers:  Age of Ultron next summer, so it would be nice to have heard something about him, even just Natasha on the phone and you know that's who she's talking to.  She was so concerned about him in The Avengers that it feels a little weird that she didn't even mention him.  After what happened to Erik Selvig in Thor:  The Dark World, I was kind of expecting there'd be a mention of Hawkeye working on getting his brain unscrambled completely or something.  Oh well again. 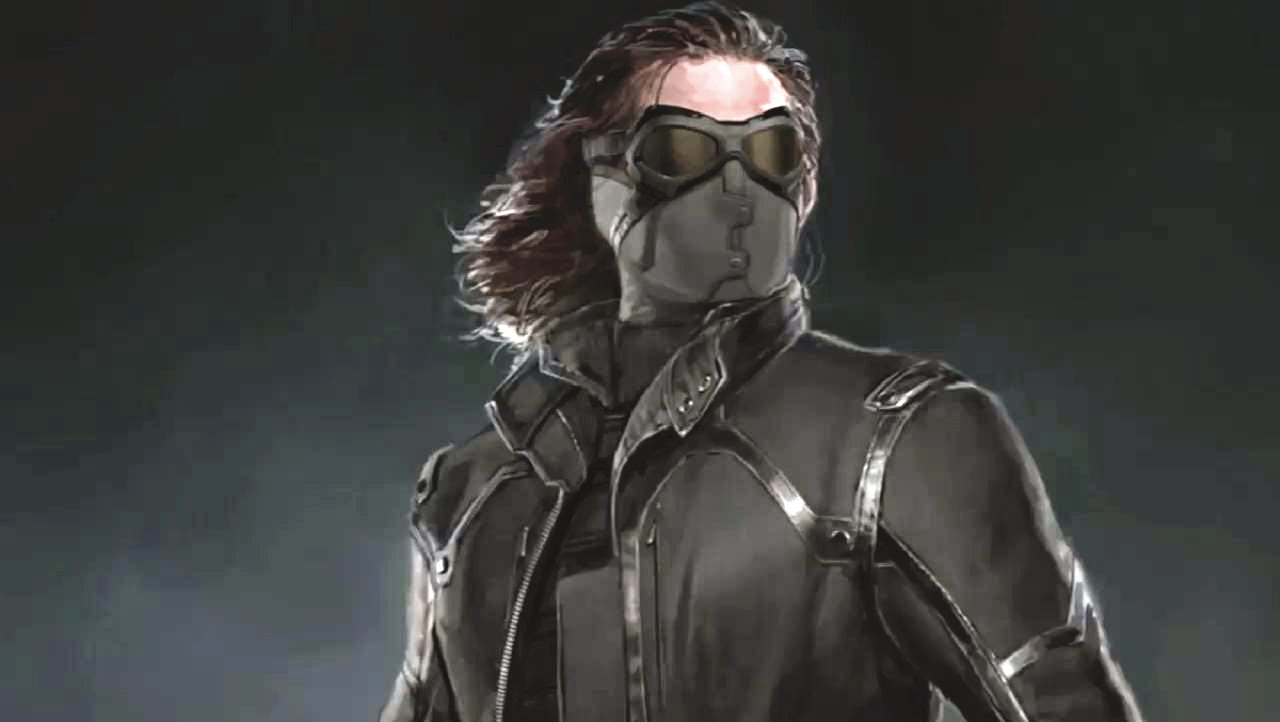 Oh, I should say something about Bucky Barnes, shouldn't I?  I liked the final stinger after the credits, and I could get behind him being a sort of lost soul trying to reclaim his humanity.  Could really dig that.
Posted by Hamlette (Rachel) at 7:59 PM