As I said in part one, McKayla tagged me with this a little while ago, and I'm answering all the questions with movie scores.  Because I can.

Once again, I am providing a link to each song on YouTube.  At the end, I will link to a YouTube playlist I made with all thirty songs, if you'd rather listen that way.  Now, on to the second half of this tag! 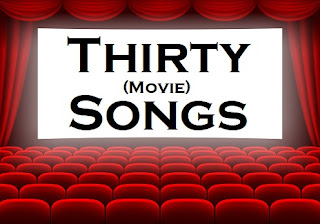 16. A Song That Describes You?

17. An Underrated Song More People Should Love?
Everyone should listen to Erich Wolfgang Korngold's score for The Adventures of Robin Hood (1938).  It is such jolly music, but also very sophisticatedly orchestral.  Listen to my favorite first track here, or the whole thing here. 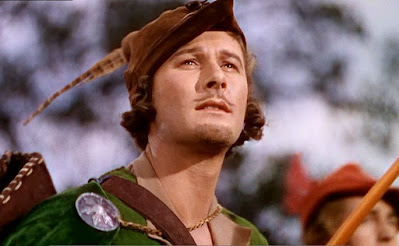 18. A Song That You Hear Often on the Radio?
I don't listen to the radio much anymore.  And the radio doesn't play a lot of music from movies.  The last one I can remember hearing on it is Adele's theme song for Skyfall (2012), which I had the great luck to hear on the radio while in the car on the way to the theater to see that very film!  Listen here.
19. A Song You Wish You Heard on the Radio?
If there were radio stations that played movie soundtracks, I would listen to them.  I guess there are, on Pandora and such.  I do remember, when I was very little, that they would play the title theme from the score for Chariots of Fire (1981) by Vangelis on the radio.  I called it "Running in the Water" for fairly obvious reasons, and would get all excited when I heard it.  It would be pretty thrilling if it cropped up on a radio station again.  Listen here. 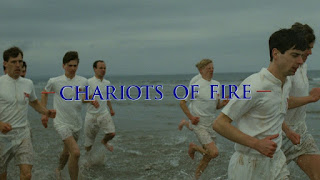 20. A Song You Listen to When You're Happy?
The Conspiracy Theory (1997) soundtrack by Carter Burwell, specifically the last track, "Riding," specifically starting at 1:25.  When the trumpet and percussion kick in at 2:03, there are 27 seconds of absolute bliss that I never tire of.  Listen here.
21. A Song You Listen to When You're Sad?
Rachel Portman's score for Chocolat (2000) cheers me up beautifully.  The "Minor Swing" is such a mood-brightener.  Listen here. 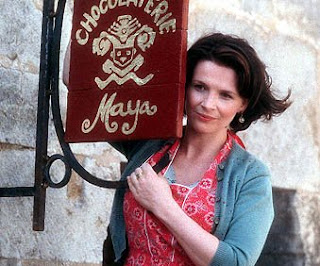 22. A Song You Listen To When You're Angry?
Elmer Bernstein's theme for The Man with the Golden Arm (1955) is so brassy and sassy and bold and insistent that it really speaks to me when I'm all riled up.  Listen here.
23. A Song You Want to Play at Your Wedding?
Pretty sure I had "All I Ask of You" from Andrew Lloyd Webber's Phantom of the Opera as background music for my reception.  I didn't have any solos sung during my wedding, and the music during the service itself was all classical and hymns.  But my mom recorded a ton of my favorite songs on piano to play during the reception, and I'm pretty sure that was one of them.  Not technically a song specifically from the movie, but it did get sung in the 2004 movie version by Patrick Wilson and Emmy Rossum.  Listen here. 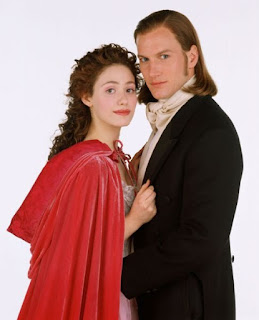 24. A Song You Want to Play at Your Funeral?
You could play Randy Edelman's whole Gettysburg (1993) soundtrack at my funeral if you wanted.  I really love "Fife and Gun," which you can listen to here, but I recommend the whole soundtrack, which you can listen to here.
25. A Song That Makes You Laugh?
Jerry Herman's songs for Hello, Dolly! (1969) are overall awesome, and I love them all, but one of them is super funny, and that's "So Long, Dearie."  Barbra Streisand belts it out of the park, especially when you can see her sing it in the movie, but even listening to it makes me laugh.  I sing parts of it to my kids when they're being super dramatic, or when I'm running an errand and leaving them home with Cowboy.  Listen here.

26. A Song That You Can Play?
I can play "Windmills of Your Mind" by Michel Legrand from The Thomas Crown Affair (1968) pretty well on the piano.  Listen here to the version by Ferrante & Teicher that I grew up listening to.  (I can't play it as well as they do, obviously.)
27. A Song You Wish You Could Play?
I started learning to play the trumpet when I was a teen, with the ambition of one day being able to play Ennio Morricone's glorious theme from the end of A Fistful of Dollars (1964).  I still can't play it, though partly that's because I rarely pull my trumpet out of the case anymore.  Maybe some day.  Meanwhile, listen here and revel in its magnificence.
28. A Song From Your Childhood?
The whole soundtrack for Disney's animated Robin Hood (1973) was in my head throughout childhood, especially "Oo-de-lolly."  I was so excited when they released George Bruns' score to CD a couple years ago!  Listen here to "Oo-de-lolly" or here to the whole soundtrack. 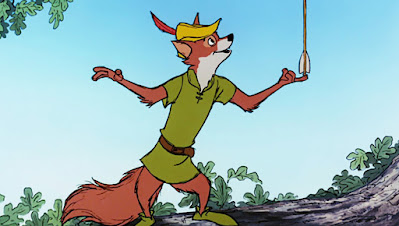 29. Your Favorite Duet?
Possibly "Rewrite the Stars" from Benj Pasek and Justin Paul's score for The Greatest Showman (2017), sung by Zendaya and Zac Efron.  Listen here.
30. Your Favorite Song at this Time Last Year?
Hmm.  I went to Midway (2019) several times in November of last year, and I got the soundtrack by Thomas Wander and Harald Kloser as soon as I could.  So I listened to it on pretty heavy repeat, and the track "Best Returns" is a big favorite of mine.  It gives me goosebumps.  Listen here. 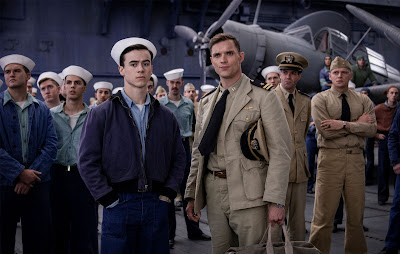