Fairy Tale Central has created their first-ever tag!  You can find the original here, along with a link-up so you can find other people who have answered it!

It just so happens that I sent off the revised version of One Bad Apple to my editor at the end of last week, and so I am footloose and fancy free for a few days, and this blog tag about fairy tales is exactly what I'm in the mood for.  I hope you are too.

I really love The Tinder Box, which is this weird one involving a kind ex-soldier who helps an old woman who then gives him a tinder box that he can use to call these three giant dogs to help him.  I keep trying to figure out a way to retell it without magic so it could be part of my series because it's so dear to my heart, but so far, no luck.

– If you got to choose Disney’s next animated princess movie, what fairy tale would you choose to be adapted?

The Twelve Dancing Princesses, because it's my favorite.  And just think of all the merchandising opportunities with that many princesses!  Come on, Disney, get with it! 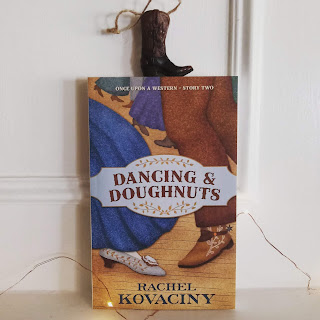 – What is the first fairy tale you remember hearing when you were a child?

I had a whole lot of Disney story books that came with records you could listen to while following along in the book.  I had them for Cinderella and Snow White and Mickey and the Beanstalk, so those all kind of tie for the first one I remember. 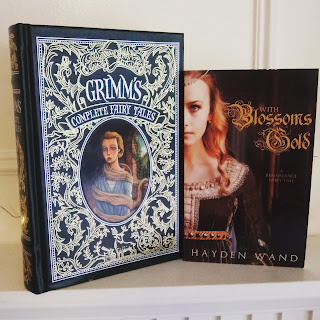 – If you were to embark on a fairy tale quest, what necessities would you pack in your bag?

A pistol with lots of extra ammo, strong rope, lots of protein bars, a couple canteens, and a spare charger for my phone.  Also, a good camera. 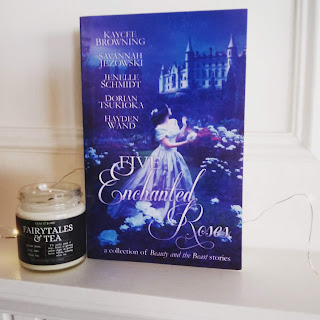 – If you could be any fairy tale character archetype (the princess, the soldier, fairy godmother, talking animal, mischievous imp, wise old woman, evil stepmother/sister, etc.), who would you want to be and why? 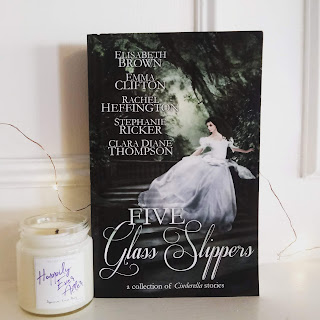 – What animal/mythical creature would be your sidekick for fairy tale adventures?

– What is your favorite historical era, and what fairy tale would you love to see in that setting?

I love the Old West, and as it so happens, I have a habit of setting fairy tales there!  So far, my Once Upon a Western series has book-length retellings of Little Red Riding Hood (Cloaked) and The Twelve Dancing Princesses (Dancing and Doughnuts), plus (FREE) short story retellings of Scheherazade, Goldilocks and the Three Bears, and Three Billy Goats Gruff.

(All those links just go to Goodreads pages, btw.) 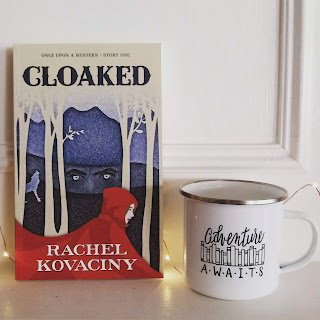 Also, my first retelling, which was of Sleeping Beauty, is called "The Man on the Buckskin Horse" and is available in the Five Magic Spindles anthology.  Next up is my Snow White retelling, One Bad Apple, which I'm hoping will get released late this spring. 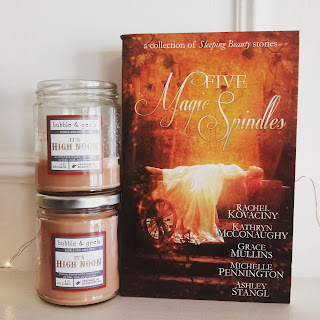 After that, I have book-length retellings planned for Beauty and the Beast, Cinderella, and The Steadfast Tin Soldier.  Plus there will doubtless be short story retellings in there too.

– If you could change a fairy tale’s villain into a hero, who would you choose and why?

On a whole, I'm not a huge fan of twisting up fairy tales so the villains are the heroes and the heroes are the villains.  But I think Maddie Morrow did a marvelous job doing exactly that with her Snow White retelling "Red as Blood," which is in the Five Poisoned Apples anthology.  So let's stick with that. 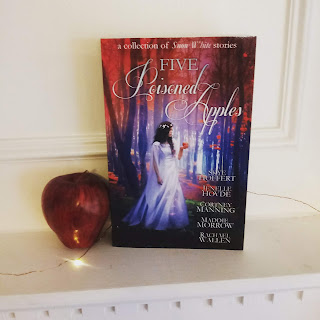 – Do you prefer fairy tales with happy endings or sad/tragic endings? why?

Happy!  I prefer happy endings for everything except very specific stories like Hamlet.


And that's the end of that!  I hope you have a lovely Monday :-)  It's dreary here, but the rain has stopped for a little while, at least.
Posted by Hamlette (Rachel) at 10:04 AM

Email ThisBlogThis!Share to TwitterShare to FacebookShare to Pinterest
Labels: "Cloaked", "Dancing and Doughnuts", "One Bad Apple", "The Man on the Buckskin Horse", blog tag, books, Once Upon a Western, writing