In case you can't tell, I'm celebrating Bobby Darin this week.  It would have been his 80th birthday on Saturday, and I just decided to dedicate my blog to him for a whole week in recognition of that fact.  If you're a fan of his and are writing a post this week in his honor, please do share a link here so I can read it! 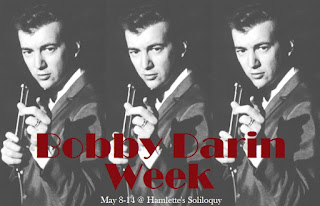 I became a Bobby Darin fan back in 1997, when I went on a quest to find and listen to his version of "Mack the Knife."  We didn't have internet at our home, and even if we did, YouTube didn't exist, so I couldn't just go Google for it and hear it.  I listened to our local Oldies station for weeks, hoping to hear it.  I even called in during their all-request hour and asked for it, but was too late to get my song played.  Finally, I heard it on July 7, and I liked it so well that the next day, I bought a tape of his "Greatest Hits."  A cassette tape, yes -- we did have CDs, but they were more expensive, and I just wanted to hear this one song over and over!  So a $5 tape would do.

I waited to listen to the tape until I was in bed that night -- I would often listen to the radio or a tape with headphones on while I worked on a story before going to sleep.  I put the tape in, listened to "Mack the Knife" a couple times, and then continued to listen to the rest of the songs.  By the end of that tape, I knew everything had changed.  I was seventeen years old, and I had found a voice that would stay with me forever. 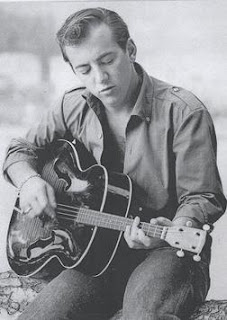 Bobby Darin was born Walden Robert Cassotto in New York City in 1936.  He had rheumatic fever multiple times as a small child, which stunted his growth and damaged his heart.  When still a boy, he overheard the doctor tell his family that he would not live to see sixteen.  Bobby lived all his life with that eventual death sentence hanging over him, which is probably why he had such a drive not just to succeed, but to produce as much music and as many movies as he could, while he had the chance. 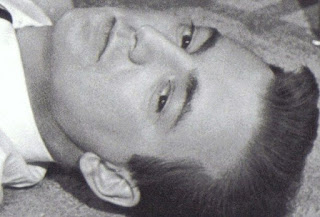 Bobby grew up believing that Nina Cassotto was his sister, and her mother was his mother too.  It wasn't until he was in his 30s that he learned the truth:  Nina was his mother.  She'd been an unmarried, pregnant teen, and so they just moved to a new neighborhood when he was born, and everyone believed that his grandmother Polly was his mother.


He was married twice, first to Sandra Dee, with whom he had a son named Dodd.  They divorced, and he later married Andrea Yeager, but divorced her shortly before his death because he was afraid Dodd wouldn't inherit his fair share of Bobby's estate otherwise.


Bobby Darin died on December 20, 1973, at the age of 37.  That's one year older than I am right now.  He died in a hospital following open heart surgery, which was very experimental and risky at that time.  He left behind him an astonishing catalog of musical recordings, as well as quite a few movies, TV show appearances, and so on.


Bobby was fiercely intelligent, and almost too talented to be believed.  He graduated from the Bronx High School of Science, one of the best schools in NYC at that time.  And he was an avid chess player all through his adult life.  He could play any musical instrument you handed to him, and he wrote a staggering number of songs. And he recorded in every musical style around in the 1950s, '60s, and early '70s:  swing, jazz, blues, rock-and-roll, country-and-western, folk, and even a spoken format some call an early form of rap. 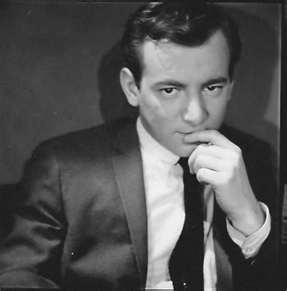 So this week, I'll be doing a series of posts about this singer/songwriter/actor/entertainer who is very dear to my heart.  I hope you enjoy them.
Posted by Hamlette (Rachel) at 3:10 PM