"Sense and Sensibility" by Jane Austen 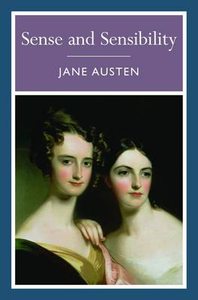 This book is considerably different than I'd remembered.  The basic plot was how I recalled, but I didn't remember anything about the middle section where Marianne got sick.  I also thought this book moved a little too slowly when I read it back in high school -- and I was the sort of high school girl who read Austen of her own free will, not because it was required reading.  Then, I got frustrated by Elinor and thought she should speak her mind more and not let others overbear her so much.

Imagine my surprise a few years later, when I took this quiz and came out Elinor Dashwood!  I took it again just now and got the same result, so I guess it's not a fluke.  And this time through, I understood Elinor much better.  She's quiet and thinks things through, but she's not really all that reticent.  She speaks her mind when she judges it is appropriate, and to the people she deems it correct to say such things too.  I especially liked her sympathetic befriending of Colonel Brandon.

In case you're not up on your Austen, this is the one where sisters Elinor and Marianne Dashwood fall in love with Edward Ferrars and John Willoughby.  Edward is described as everything correct and wonderful, but he and Elinor are both so proper that their regard for each other is barely evident.  Marianne, on the other hand, indulges her every emotion and tells everyone exactly what she thinks, and she and Willoughby allow their affections to run away with them.  Then Willoughby leaves, the next thing they know he's marrying another woman, and Marianne winds up in the depths of despair.  Elinor's Edward also turns out to have been previously engaged to another in secret.  And then there's Colonel Brandon, a retiring widower who falls in love with Marianne even though she thinks he's very boring.

You might say it's complicated :-)  My only quibble with it this time is that I wish Edward Ferrars got to be fleshed out more, as he's absent for most of the book, and we have little time to see just why Elinor should love him despite having lots of reasons why she should give up her attachment.  Oh well, not everyone can be Mr. Darcy!
Posted by Hamlette (Rachel) at 3:37 PM