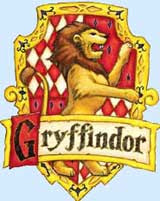 Oh. My. Giddy. Aunt. I have the new Harry Potter book already!

On Saturday, the 14th, I finally realized that I would not be at work at 12:01am on Saturday, the 21st, to buy the new Harry Potter book when it comes out, because I'm off Thursdays and Fridays now. So I decided to preorder it online, figuring it had a week to get to me, and I had a decent chance of getting it on or around the 21st anyway. Plus, I found it at Deep Discount for $18, which is way cheap, as they don't charge for shipping and handling.

I had secret hopes that it might get here like a day early, since I know whenever Dkoren preorders movies, she gets them a day or so early. But four days early? No WAY!

I solemnly swear that I am up to no good. Er, I mean, I solemnly swear not to post any spoilage here. After the 21st I'll probably post about it again, but anypossible spoilage will be written in invisible ink.