As I mentioned on my other blog, Saturday was the 400th anniversary of William Shakespeare's death.  It's also the day we celebrate his birthday, because we think that's probably the day he was born.  And it's the day I celebrate my birthday, because we know that's the day I was born.  So to celebrate all of those things, Cowboy and our three little mice took me to the Folger Shakespeare Library in Washington DC for the first time. 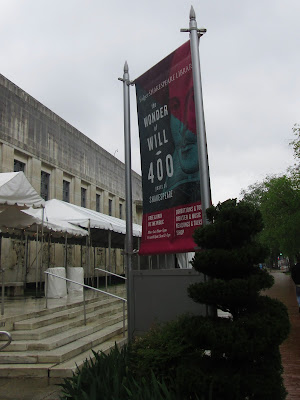 While the Reading Room was closed to the public because they were filming this series of lectures, we did get to wander through the Shakespeare in America Exhibit.  They had a lot of neat stuff there, like costumes from famous performances, bits of movie adaptations going, and lots of advertisements from different performances.  The room itself was exquisite -- my kids were convinced all the panels in the walls were secret cupboards, hee. 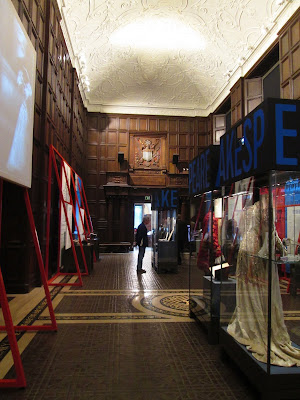 This is a copy of Hamlet printed in the 1790s, the version that had recently been performed in Boston. 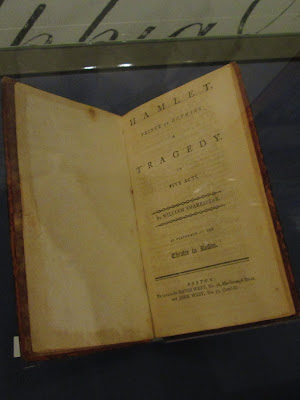 This is an advertisement for a production of Hamlet in Charleston, SC, in 1805. 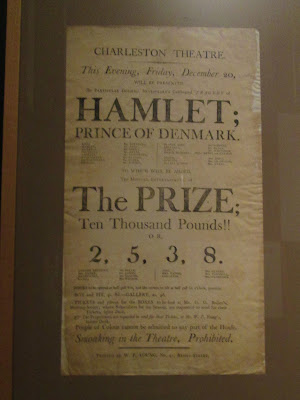 This is an illustration of a series of parade floats from Mardi Gras in 1898, each one depicting a different scene from one of Shakespeare's plays. 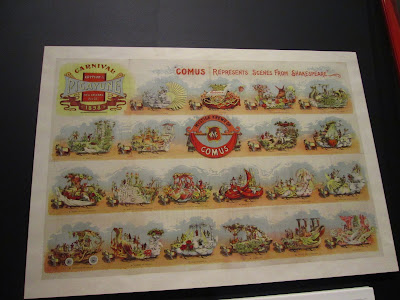 And they had a display of ways Shakespeare has been referenced in advertising -- I had to take a picture of this one because I collect Coca-Cola stuff.  I've definitely spent many a pleasant moment drinking a Coke and reading Shakespeare, though I don't generally have pink roses at hand. 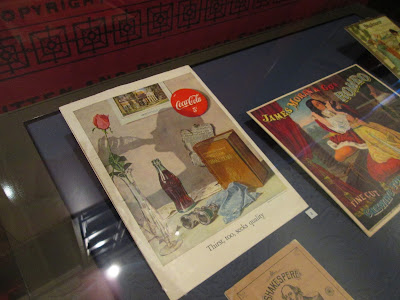 The outside of the building has all these carved marble scenes depicting various plays.  Of course, I took a picture of the Hamlet scene. 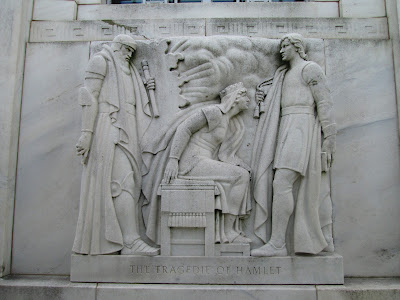 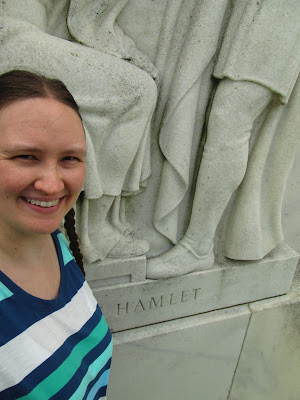 I'm going to have to go back there some time when the Reading Room is open to the public, which it generally is on Saturdays.
Posted by Hamlette (Rachel) at 12:24 PM